Alright gang, Last of the Baronites: Novella Three of The Deer King series is available HERE.

Writing Update: Novella Four of The Deer King series: 2K. It does have a working title that I’m keeping to myself for now. I will go ahead and share that the fourth novella is told from the POV of Emmaline Rain.

I’ll return sometime in September with my regularly scheduled blog post. Until then, thanks so much to everyone for reading and supporting the series.

In the song “Aaron Burr, Sir,” from the smash Broadway hit Hamilton: An American Musical, Lin Manuel-Miranda takes creative license in imagining Hamilton punching the bursar at Princeton College. Ron Chernow, the author of the excellent Hamilton biography on which the musical is based, reportedly blanched at this historical leap, pointing out that “Alexander Hamilton wasn’t needlessly violent,” and encouraged Miranda to rework the lines.

Why? Because the line in the song is friggin killer, that’s why. 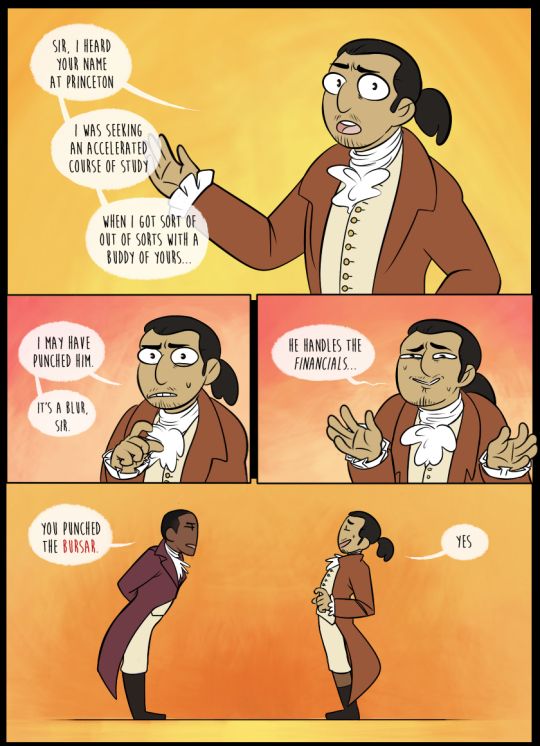 That was Miranda’s reasoning, at least. And it’s true. But the line also works because it underscores Hamilton’s intense temperament. Hamilton might not have been needlessly violent, but he was also a self-professed warrior who didn’t mind mixing it up in the public sphere, and from there it’s not too far of a leap to imagine that he’d resort to punching a bursar if said bursar was thwarting his academic ambitions.

Which leads me to my forthcoming novella, The Last of the Baronites: Novella Three of The Deer King series. If you consider yourself a fan of historical fantasy, well then, by golly, this is the novella for you. If you’ve read the first two novellas, you’ve likely noticed that the setting is a fantasized version of America at the end of the colonial era/dawn of the United States. But what you haven’t seen are characters inspired by historical figures.

That’s about to change.

The protagonist of Last of the Baronites is my re-imagining of a young John Quincy Adams. You’ll also see appearances by figures loosely based on John Adams, Thomas Jefferson, Alexander Hamilton, James Madison, and, anachronistically, Thaddeus Stevens (Stevens was a U.S. Representative during the Civil War).

(Side Note: Emmaline Rain is also back. She’s not inspired by a historical figure, but, for those of you who have read The Deer King, you know it doesn’t make her any less important.)

Like any truth-sabotaging novelist, I’ve taken the liberty of altering both the personal histories and the temperament of my characters as needs be to fit the story. Some hew closer to their historical counterparts, while others are radical departures. But what I hope you’ll find is the same grain of truth that runs through Miranda’s decision to have Hamilton ‘punch the bursar’: the nodding-your-head-saying-“Yeah,-I-could-see-him-doing-that” grain of truth, whether or not it ever actually happened.

My next blog post will announce the arrival of Last of the Baronites, which will hopefully take place at the end of August, if not earlier. Thank you to everyone who has read the first two posts since my decision to start blogging on a more regular basis. I’ve written for nearly two decades now, but blogging is a different art, and, after reflecting on my last post, I know there’s room for improvement. What I’ve tried to do since putting out my work is to look for natural ways to promote my writing without it feeling forced, hackneyed, or too much like a sales pitch. I’ve decided that blogging and posting links to social media is a much more natural fit for me than posting on social media.

If you’re visiting the site and would like to follow the blog, please look to the right hand side of the webpage ———–> and click follow the blog. After entering your email you will receive an email anytime I post a blog (no more than once a month) or when I put out a new release.

Song Recommendation: “Dead in the Water” by the one and only Noel Gallagher.

After years of struggling to settle on the best way to develop a consistent author platform, I’ve decided to have a go at a monthly (or bi-monthly? Yeah, probably bi-montly) blog post. I’ll then share the link to the blog post on various social media outlets, where my tens of followers can read their fill.

As I’m not much for giving writing advice or engaging in soul-baring confessionals, my monthly blog post is going to touch on the same four or five topics each time. I’ll provide a writing update, divulge an interesting piece of Deer King trivia, offer the odd historical insight, recommend a book (yes, please!), recommend a song (oh no!), and then…well, that’s probably it, but no promises.

Writing Update: I’m 24K words into Last of the Baronites: Novella Three of The Deer King series. I should finish up in late July or early August, and hopefully have it out in the world by late August. I’m 40K words into my novel-in-progress (does it have a title? Yes it does, but I’m keeping it to myself for now. I’m very happy with the title). Hope to wrap it up by Summer 2020. It’s contemporary fantasy, with what I believe is a novel conceit. Quite a bit different from The Deer King.

The Deer King Trivia: Edward Drey was the first Harrolander to reach Tsadanali. He forged a peace with the Torquecan people (in the name of King Charles Penrose) shortly after one of his soldiers murdered the Torquecan ruler Chineyaco in 11 A.D. The peace lasted until his death.

Odd Historical Insight: The first U.S. president to have his photograph taken was John Quincy Adams, in 1843. (It might have been William Henry Harrison in 1841, but we’ll stick with popular legend). Adams, who left the presidency in 1829, was elected to the House of Representatives in 1830, and served there until his death in the Capital Building in 1848, two days after suffering a stroke in the House chamber. He spent his latter years as a representative railing against slavery, receiving numerous death threats. As a seven-year old boy he watched cannon fire from the Battle of Bunker Hill from a hilltop ten miles away, and then lived to the eve of the Civil War. A character loosely based on a young John Quincy Adams features heavily in Last of the Baronites. Here’s the picture:

Book Recommendation: Daniel Polansky’s A City Dreaming. It bothers me to no end that Polansky’s genius isn’t shouted from the rooftops of every bookstore in the country. This particular book is a genre mashup that blows the top off what imaginative literature is capable of. So very good.

Alright, that’s it. Until next time…

I’ve noticed an uptick in website traffic recently, so I thought I’d post this bit of news a little early for anyone curious about the series. Last of the Baronites: Novella Three in The Deer King series will be out late summer 2019.

Okay. I thought I’d use this blog post to share a little bit about my writing life, and to go into a little depth as to what I’m hoping to accomplish with The Deer King series.

It took me a long time to discover that I was a fantasy writer. My reading habits have long had a fantastical bent, but it wasn’t until five years ago that I made the leap from my early literary ambitions into the world of fantasy literature. Now, safely on the other side of a half-decade struggle to claim my writing identity for myself, I have a strong grasp of who I am as a writer, and what I want to write.

The Deer King is my attempt at creating an epic fantasy universe that feels as complex and realized as many of my favorite fantasy series, while also maintaining an independent streak that makes it feel different from what you might find at your local bookstore (or run-of-the-mill internet browsing session). By writing the series in novella form, I’m hoping to propel the series forward in interesting and unexpected ways; although every book will advance the series’ central conceit, I intend to take risks that might fall outside the normal scope of what traditional fantasy offers. If you’re looking for a straight-forward narrative with goal-obsessed protagonists, this might not be the series for you. But if you’re looking for character-centered writing that’s unafraid to branch out and take a few detours, you should give The Deer King a look.

Although not technically historical fiction, The Deer King also draws heavily from my fascination with American History and the Enlightenment. History buffs with a keen eye should be able to spot a number of interesting parallels.

One last note: My goal with The Deer King series has been to get the first three novellas out into the world, and then to start promoting it more aggressively using advertising sites like Bookbub, etc. As I’m just now starting novella three, my goal at the current moment is to garner as many reviews as I can on Amazon and Goodreads. The more reviews the series has, the more successful my promotions will be when the time comes, or so the reasoning goes. As such, if you’re interested in receiving a copy of The Deer King and/or The Sundering in exchange for a fair and unbiased review on Amazon and/or Goodreads, click HERE to access my Contact Page. Reach out, and we’ll have you reading in no time.